This book could not have a more descriptive title. Well written and clear. Llegeix la ressenya completa

A classic, largely responsible for the introduction of quantum chemistry pedagogy in the US. Still holds up after 70 years. Llegeix la ressenya completa

Linus Pauling was born on February 28, 1901 in Portland, Oregon. He never received a high school diploma because he dropped out of Washington High School in Portland as a form of protest against taking courses he regarded as pointless. Despite not having a high school diploma, he received a B. S. in chemical engineering from Oregon Agricultural College in 1922 and a Ph.D. from California Institute of Technology in 1925. He did research and taught at the California Institute of Technology from 1922 to 1963, was a research professor at the Center for the Study of Democratic Institutions in California from 1963 to 1967, taught at the University of California, San Diego until 1969, and then taught at Stanford University, where he was forced to retire after his 70th birthday. After leaving Stanford, he set up the Linus Pauling Institute of Science and Medicine. He received the Nobel Prize for chemistry in 1954, as a result of his research into the nature of the chemical bond, the force that gives atoms the cohesiveness to form the molecules that in turn become the basis of all physical matter. Around 1960, he began a campaign to obtain the signatures of scientists opposed to nuclear testing. A total of 11,021 scientists in 49 countries signed the petitions. He received the Nobel Prize for peace in 1962 for his work since 1946 "not only against the testing of nuclear weapons, not only against the spread of these armaments, not only against their very use, but against all warfare as a means of solving international conflicts." He wrote several books during his lifetime including The Nature of the Chemical Bond, His No More War, and Vitamin C and the Common Cold. He died from cancer on August 19, 1994 at the age of 93. 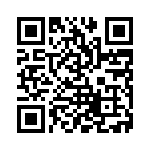