STONEWALL'S GOLD: A Novel of the Civil War

This first novel by ex-Congressman Mrazek is a deft and fast-paced historical adventure, involving a ragtag group of villains, double agents, and a tough-minded young hero and heroine contending for a ... Llegeix la ressenya completa

Robert J. Mrazek lives and writes in Washington, D.C., and Maine. A former member of Congress, he coauthored the law that saved the Manassas battlefield from being bulldozed into a giant shopping center. 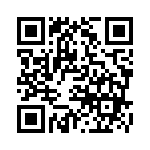