Marquis De Sade, 1740 - 1814 The Marquis De Sade was born in Paris in 1740. He fought in the French Army during the Seven Years War before being tried and sentenced to death in 1772 for a series of sexual crimes. He escaped to Italy but upon his return to France in 1777, he was recaptured and thrown into the prison at Vincennes. De Sade spent six years at Vincennes before being transferred first to the Bastille and then to Charenton lunatic asylum in 1789. He was released from the asylum in 1790 but was arrested again in 1801. De Sade was moved from prison to prison before returning to Charenton in 1803, where he later died. Many of the Marquis De Sade's works feature descriptions of sexual acts and crimes. It is from these terrible descriptions of the Marquis' that the word Sadism is created. Sadism is the term for a neurosis where sexual satisfaction is gained by the infliction of pain on others. The term is a play on the Marquis De Sade's name. According to the Marquis' philosophy, the sexual and criminal acts that he depicts in his works are normal. His works have therefore been labeled obscene and banned into the 20th Century. 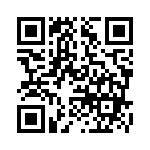