Antony Jay has spent 50 years travelling in the realms of government and politics as a television writer and producer. The journey has included the editorship of Tonight, writing the two royal TV documentaries Royal Family and Elizabeth R, and many programs with Sir David Frost, including the twelve interviews with Harold Wilson in A Prime Minister on Prime Ministers. He was a senior executive in BBC TV, and a member of the government's Annan Committee on the Future of Broadcasting. In the 1980s he wrote the hugely successful comedies Yes Minister and Yes Prime Minister. 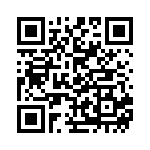