Contrary to what the book description says, this text is not entirely suited for the general reader. A good half of the book is incomprehensible for a layman. Still, very big, world-changing ideas lie ... Llegeix la ressenya completa

At the heart of this book is a challenge to the bedrock of our current scientific thinking. Newton's science, and indeed that of quantum physics contains no arrow of time. Whilst it may be true that ... Llegeix la ressenya completa

Viscount Ilya Prigogine, Nobel Prize winner in chemistry, is the Director of the Ilya Prigogine Center of Statistical Mechanics, THermodynamics and Complex Systems in Austin, Texas, and the Director of the Solvay Institutes of Physics and Chemistry in Brussels. The recipient of honorary degrees from more than forty universities around the world, Prigogine has had five institutes devoted to the study of complex systems named for him. He lives in Brussels and Austin. 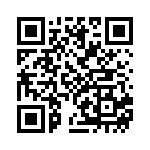