Susan L. Schwartz is associate professor of religion and director of the Interdisciplinary Program in Asian Traditions at Muhlenberg College. She is the coauthor of The Religions of Star Trek. 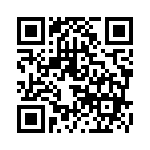