Sheila Jeffreys is a Professor in the School of Social and Political Sciences at the University of Melbourne. She is the author of six other books on the history and politics of sexuality, including Beauty and Misogyny (Routledge, 2005). She is the founding member in 1994 of the Australian branch of the Coalition Against Trafficking in Women.

She has a considerable reputation both in the academic world and in the world of feminist and lesbian and gay politics for her work on sexuality, including 6 single authored books. Sheila Jeffreys' work is heavily referenced in academic journals and books, with 30 citations in international refereed journals in 2003 according the Web of Science citations index. Her work has been republished in French, Spanish, German, Norwegian, Swedish, and in many anthologies of feminist thought over the last few years. 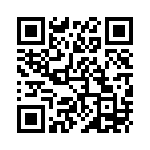