Robert O. Collins is Emeritus Professor of History in the University of California, Santa Barbara. His most recent books are The Nile (2002), and with Millard Burr, Revolutionary Sudan: Hasan al-Turabi and the Islamist State, 1989-2000 (2003), and Alms for Jihad: Charity and Terrorism in the Islamic World (2006).

James M. Burns is Associate Professor of History at Clemson University. He has written Flickering Shadows: Cinema and Identity in Colonial Zimbabwe (2002) and co-edited, with Robert O. Collins, Problems in African History (1996-2006). 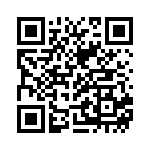